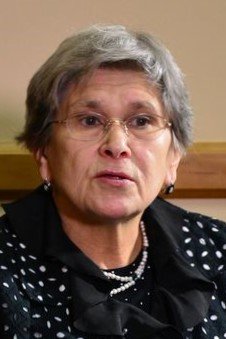 Tatiana Yankelevich is an independent researcher affiliated with the Davis Center for Russian and Eurasian Studies at Harvard University.

A retired educator in the field of post-World War II Soviet history and the Soviet human rights movement, she was born in Russia, and received her education in Moscow having graduated from Moscow University in 1975 with MA in Russian Literature. Ms. Yankelevich immigrated to the US in 1977 and became an US citizen in 1983. Her emigration was a result of a direct pressure brought to bear by the KGB on her stepfather Andrei Sakharov and on her immediate family, in an effort to stop their human rights work. This pressure included death threats to her husband and their son, one year old at the time.

During the 1970s and 1980s, Ms. Yankelevich campaigned extensively on behalf of Andrei Sakharov, and for his causes in the US and Europe; she helped maintain his archives, translated much of his correspondence, statements and other materials, and participated in editorial work for the publication in English and Russian of Andrei Sakharov’s writings, statements and essays, his Memoirs (1990), and the writings of her mother Elena Bonner, including Alone Together and Mothers and Daughters.

In the US she worked as an educator in the field of post-World War II Soviet history and the Soviet human rights movement. As an adjunct professor at Bentley College, Waltham, MA, she taught courses in Russian Literature and post-WW II Soviet History. As a visiting lecturer, in the 1980s-early 1990s, she delivered lectures and seminars on political situation and human rights in Russia at over 30 colleges and universities across the US.

From 1993 to 2004, she was assistant director of the Andrei Sakharov Archives at Brandeis University. From 2004 to 2009, she was Director of Sakharov Program on Human Rights at the Davis Center for Russian and Eurasian Studies at Harvard University, now the home of the Andrei Sakharov Archive. Since 2009, she maintains affiliation with the Davis Center as an independent researcher.