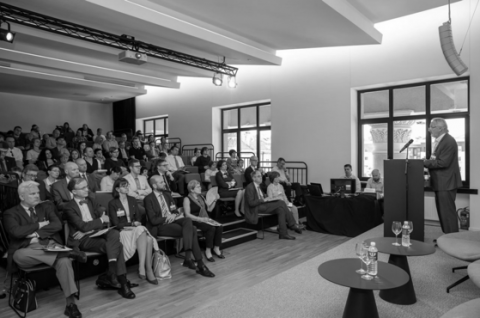 The Sixth International Sakharov Hearings will bring together expert witnesses from a.o. Brazil, Germany, Georgia, The Netherlands, Russia, Uganda, Ukraine, the United Kingdom, and the United States. Information on the speakers will be provided soon.

An international panel will listen to the testimonies and question the witnesses. Members of the International Panel are:

Zahira Asmal (South Africa) an urbanist and director of The City, a research, publishing and place-making agency, she founded in 2010. In her projects, Zahira seeks to enhance the making of public places and spaces in South African cities through engagement and collaboration with governments, cultural institutions, designers, artists, academia, and the public. Her books Reflections & Opportunities published in English and Brazilian Portuguese was presented in 17 cities worldwide, and Movement, three editions - examine sociopolitical, economic, and cultural environments shaping South Africa’s big cities. Zahira worked with Sir David Adjaye on his book and exhibition on African metropolitan architecture and more recently, on a placemaking project in Johannesburg’s Park Station. Her current project, See, explores contested urban histories, equal representation in the memorialization of history and the construction of resilient postcolonial urban identities; Zahira served as advisor to the Africa Architecture Awards in 2017, African Crossroads in 2018 and is currently serving on the Board of Advisors for the International Archive of Women in Architecture.

Prof. Jonathan Holslag (Belgium) is a Professor of international politics at the Free University of Brussels, where he teaches diplomatic history and international politics, and also lectures on geopolitics at various defense academies in Europe. As a guest lecturer he was invited to various universities, including the Central Party School of China, the Harvard Kennedy School, and Sciences Po, Paris. Since 2015, he is a special adviser to the First Vice-President of the European Commission. He also was a visiting fellow at the Nobel Institute, a Rockefeller Fellow and Benelux Director of the Trilateral Commission, and a Wise Men group of the Belgian Ministry of Defense. Jonathan Holslag serves as a reserve officer in the Belgian Armed Forces.

Prof. Anton van Kalmthout (The Netherlands) is Professor Emeritus of Law at Tilburg University. Until 2010, Prof. Kalmthout chaired 'Deprivation of Liberty in Criminal Law and Migration Law' program at Tilburg University in the Netherlands. He was subsequently eight years member of the Committee for the Prevention of Torture of the Council of Europe and is considered one of the top lawyers in Europe.

Riva Kastoryano (France) is a senior research fellow at the CNRS and teaches at Sciences-Po. She was a Visiting Professor of Sociology and of Government at Harvard for in 2018. Her current work explores the meaning of community in relation to states, territory, and space. She is particularly interested in how the transnational uses of religion and ethnicity for political purposes in Europe and other democratic societies give rise to a “transnational nationalism,” a new form of nationalism beyond state boundaries as well as a new expression of belonging and political engagement. Her books include Negotiating Identities: States and Immigrants in France and Germany (Princeton University Press, 2002). Kastoryano earned her undergraduate and master’s degrees in economics at the Sorbonne and her PhD in sociology at the Ecole des Hautes Etudes en Sciences Sociale.

Nils Muižnieks (Latvia) is an international human rights consultant and president of the network of schools of political studies affiliated with the Council of Europe. He served as the Council of Europe’s Commissioner for Human Rights from 2012 to 2018. Prior to becoming Commissioner, he held a number of leadership positions, including chair of the Council of Europe’s independent racism-monitoring body, the European Commission against Racism and Intolerance (2010-2012); director of the University of Latvia’s Advanced Social and Political Research Institute (2005-2012); Minister of Social Integration in the Latvian government (2002-2004); and director of the NGO Latvian Centre for Human Rights and Ethnic Studies (1994-2002). He received a BA in politics from Princeton University and an MA and PhD in political science from the University of California at Berkeley.

Prof. Dainius Puras (Lithuania) is a Professor of Child and Adolescent Psychiatry and teaches at the Faculty of Medicine, Institute of International Relations and Political Science and Faculty of Philosophy of Vilnius University, Lithuania. He is also visiting Professor at the University of Essex (United Kingdom) and a Distinguished Visitor with the O'Neill Institute for National and Global Health Law, Georgetown University (USA). He is the UN Special Rapporteur on the right of everyone to the enjoyment of the highest attainable standard of physical and mental health. Dainius Pūras is a human rights advocate who has been actively involved during the last 30 years in the process of transforming public health policies and services, with special focus on the rights of children, persons with mental disabilities, and other groups in vulnerable situations. He was the founder of Lithuanian society of families with children with intellectual disabilities; the first President of the Lithuanian Psychiatric Association; the Dean of Faculty of Medicine of Vilnius University; and the Chairman of the board of two non-governmental organizations in Lithuania: the Global Initiative on Psychiatry, and the Human Rights Monitoring Institute. Between 2007 and 2011, Dr. Pūras served as a member of the UN Committee on the Rights of the Child. He has been an independent expert and consultant to numerous governments, NGOs, and UN agencies and programs in the field of the right to health.

Dr. Fazel Randera (South Africa) received his medical diploma from London University in 1982 and returned to South Africa in 1983, after a 17-year absence. In addition to working in the health sector he has held several political positions. From 1995-1998, he was a Commissioner on the Truth and Reconciliation Commission. In May 2000, he was appointed Inspector General of Intelligence by President Mbeki. Randera has worked for the Chamber of Mines as their chief Medical Advisor since February 2002. He was at one time Mandela's personal physician.

Dr. Lydia Voronina (United States) is a philosopher holding MA from Moscow University and Catholic University (Washington DC) and PhD in philosophy from Boston University. She emigrated from the Soviet Union to US in 1977, seeking political and intellectual freedom. An active participant of the dissident movement, she concentrated on freedom of conscience, freedom of expression, and freedom of movement, collecting information about human rights violations. After a fact-finding trip on behalf of Moscow Helsinki Group to the Pentecostal religious communities in the North Caucasus and Far East, her apartment was searched and documents on human rights violations addressed to state-signatories of Helsinki Accords’ were confiscated. She was then given a week to leave the country, having been repeatedly denied exit visa for 3 years. In the US, Dr. Voronina’s work with American Pentecostal community and the Congressional Helsinki Commission was essential for the preparation of a new US legislation making possible admission to US thousands of Evangelical Christians persecuted in the USSR. Having worked for 25 years at US Information Agency and the US Department of State, she is now retired and dedicates her time to participating in philosophy conferences and seminars, consulting on the latest political developments in Russia, to speaking engagements, and writing.

Justice Renate Winter (Austria) is an expert on family law, juvenile justice systems, women’s justice issues and child labor. She is a founding member of the International Institute for the Rights of the Child (IDE) dedicated to the worldwide training of judicial personnel and dissemination of information on children’s rights, and former president of the International Association of Youth and Family Court Judges.