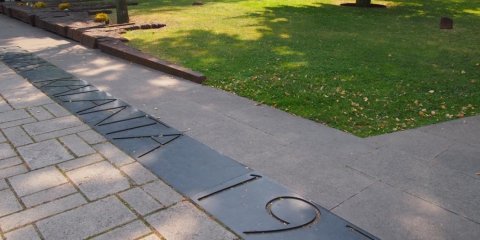 This part of the Reviving the Helsinki Spirit program focuses on the difficulty of society coming to terms with issues of collaboration and compliance, both in the Nazi and Soviet periods. It looks at the discussion about the Holocaust in Lithuania from a wider perspective, discussing the causes of the Holocaust and comparing the situation in the country with that in other countries. It also focuses on the issue of collaboration with the Soviet regime.

The twentieth century history of the Eastern European region is one drenched in blood. Two World Words and two totalitarian regimes – Nazi and Soviet – have left lasting scars in the human texture of the region, resulting in trauma with effects that stretch well into the second and third generations and probably beyond. A multitude of unsettled or undiscussed issues continue to affect inter-human and inter-state relations, and while the process of digestion in Western Europe after Nazi occupation is still unfinished.

In Eastern Europe the situation become even more complicated because on one hand the new (totalitarian) rulers forbade an honest discussion of the past and on the other hand imposed a next layer of trauma onto the first through repression and terror. The result is a region that is only at the beginning of digesting the complex and brutal past century.

Lithuania established its independence after the First World War. However, it subsequently faced three foreign occupations - two Soviet and one Nazi – and eventually managed to reestablish independence in 1991, however heavily scarred and with the heavy load of having been both victim and perpetrator.

Kaunas, the “temporary capital of Lithuania” between the two World Wars (as Vilnius was during those years in Polish hands) is a city where all these issues come together: capital between 1918 and 1940, was a cosmopolitan and booming city, which can still be seen by the diversity of architectural styles of the buildings in the former governmental center.

It had a large Jewish community of industrialists, bankers and traders, thousands of whom were sent to Siberia by the Soviets a week before the Soviet invasion for being ”bourgeois”.

When the German invasion of the USSR commenced, thousands of Jews were killed even before the Germans arrived. When the Soviet returned, they re-imposed their totalitarian rule and tens of thousands of other Lithuanians were deported to Siberia, many from Kaunas as this had been the governmental and cultural center.

In 1972, Lithuanian student Romas Kalanta died as a result of self-immolation out of protest against the Soviet occupation, and when large demonstrations erupted he was posthumously declared to be suffering from sluggish schizophrenia. All this makes Kaunas a perfect place to discuss the painful consequences of the past.

In 2022 Kaunas will become “Kaunas 2022 Contemporary Capital”, a European Capital of Culture. A multi-faceted program of culture and memory will be unleashed upon the city, one of the components being developed by the “Memory Office”, trying to recapture the multicultural and vibrant city that Kaunas was between the two World Wars when it was Lithuania’s “temporary capital”.

This is the perfect moment to reflect also on the painful past, trying to make sense of it and using the moment to stimulate the process of digestion and integrate the sad memories into the new narrative.

During the Soviet period 1944-1991 the discussion of what happened during the Holocaust was not a subject of discussion and research into the issue was severely restricted. Victims of the Nazi occupation were “de-nationalized” and any reference to their national identity was obliterated. For fifty years the issue was frozen. The result is that while the process of digestion in Western Europe started in the late 1960s and particularly 1970s, in Lithuania it became possible only after independence was reinstated. In some of the other former Soviet republics the process is still in its very early stages.

Even contentious as the Holocaust is the issue of lustration, disclosing those who worked with the repressive organs of the previous (Communist) regime, or who were part of the Soviet governmental structures. Only a small part of the KGB files remained in Lithuania and thus any attempt to use the files in a lustration process is automatically lopsided. Added to this is the question whether it is just to disclose now, almost 30 years later, who collaborated with the regime (keeping in mind that those who are not ”exposed” might be in the files that are not in the country), and what good it brings to contemporary Lithuanian society.